Sid Jacobson and Ernie Colon (the pair who produced the bestselling graphic adaptation of the 9-11 Commission Report) have a new book out: Che: A Graphic Biography.

In addition to narrating the remarkable story of Guevara's life, Che is a very good backgrounder on the geopolitics that gave rise to Guevara's pan-Americanism, the Cuban revolution, and his tragic and brutal execution (the press that published Che, Hill & Wang, were last mentioned here for their graphic biography of Leon Trotsky).

The graphic format is especially well-suited to these geopolitical sequences, in which multi-page spreads are used to connect the dots between historical events and nations to give a compact but extremely informative tour through the complex story of Latin American colonization and independence as well as the Cold War. This background also sets the stage for the complex story of Che, the man; and Che, the symbol. Both are fraught -- Che, the man, was fierce, brilliant, flawed, vicious, and compassionate. As a symbol, Che has become a revolutionary icon devoid of any substance, for sale on mugs and t-shirts (a warped mirror of Guevara's veneration in Cuba itself, where his larger-than-life image has likewise become an ideological icon).

As with every biography, the biographers have had to take sides, and, by and large, they side with Che. They don't whitewash his actions in war, or the disastrous blunders in Africa; but they also give just appreciation to Guevara's bravery, his commitment to justice, and his integrity.

The contemporary popular narrative of Che has two grossly oversimplified sides: sneering neocons who dismiss him as a butcher or a fool and denigrate those who sport Che badges as naive kids; and the worshipful reification of Che as a kind of revolutionary saint who could do no wrong.

The reality is subtler and more important than either position has it. The colonial story is one of immense greed and profit-taking by rich countries at the expense of the poor; it's the story of corruption and brutal repression, and it's the story of revolutions attempted, betrayed, and destroyed by internal and external forces. Guevara's life is a lens for understanding what colonialism does to its participants -- as Guevara says, "imperialism bestialises men."

Unlike Penguin's other manga biography, Che Guevara is told in separate chapters, which helps make this history-heavy story easier to read. Konno's narration is sometimes clunky as he switches between a third person view and Che Guevara's own point of view, but the story is still compelling and interesting whether you're a history buff or not. Combined with Chie Shimano's detailed and emotive art, Che Guevara: A Manga Biography is a great introduction to a revolutionary relatively unknown to many people today. 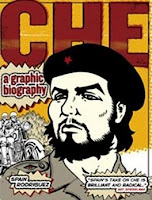 You have seen his face on t-shirts, posters, hats, and billboards. But why is "Che" the cultural icon that he is today? Ernesto "Che" Guevara's life, from his birth to a middle-class Argentinian family to his death in Bolivia, is documented here in graphic format. Most famous for his part in the Cuban revolution, the reader learns about his pre-revolutionary life, his family life, and his revolutionary efforts in the Congo and Bolivia. Direct quotes from Che are used throughout, some including complex political concepts. While the author's stance is decidedly pro-Che, an epilogue discusses the controversy surrounding the construction of Che's image as either hero or villain using sophisticated language. This volume might best be used during Hispanic Heritage Month, for a Global Studies unit on revolutions, or by a student interested in learning more about the life of Che.
Rodriguez, Spain. Che: A Graphic Biography. New York: Verso, 2008. http://whatsgoodinthelibrary.blogspot.com/2010_09_01_archive.html 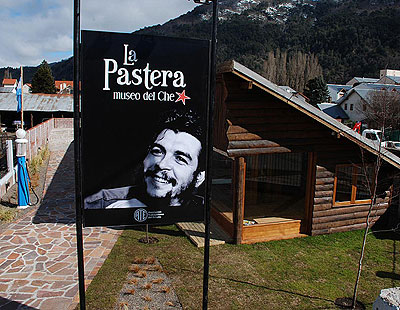 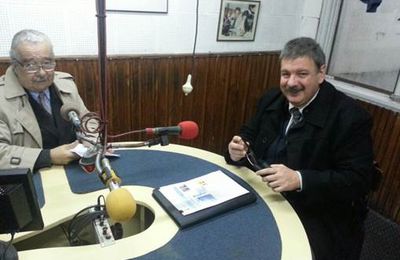